A down-to-earth attitude, hard work and a willingness to modernise

The Joos family goes back centuries into the history of Nonnenhorn and the Alemannic-Swiss region. There is much to suggest that early ancestors came from Valais and the Rhone valley to the Lake Constance region during the Walser migrations in the 13th and 14th century. The Walser people had mastered special cultural techniques such as high-altitude farming, which allowed them to liberate themselves from feudal serfdom. For this reason they were also called the “Free Walser” people. Today there are still around 150 Walser settlements in the Alps spread across a stretch of 300 kilometres. The people upheld their Alemannic traditions and beliefs, but did not pay attention to borders. They stayed where they thought they could do well.

Records show that the Joos family has been living in Nonnenhorn since the 18th century, but probably even longer. Anton Joos, who was born in 1767, lived in house number 6. His grandson Johann Baptist (1841-1916) initially worked as a postilion on the Swiss Ricken and probably also on the Gotthard. It was said that that was where his knowledge of Italian came from. Johann Baptist was certainly not a cosmopolitan, but he was something of an Alpine European.

After his return to Nonnenhorn in 1875, he bought the house at number 33 – the family’s later ancestral home – in addition to number 6, and became a farmer and winemaker. In the purchase contract he agreed to pay a price of 750 marks and to grant the seller – a Mr and Mrs Homberger – lifelong free lodging, meals and payment of medical and health costs. 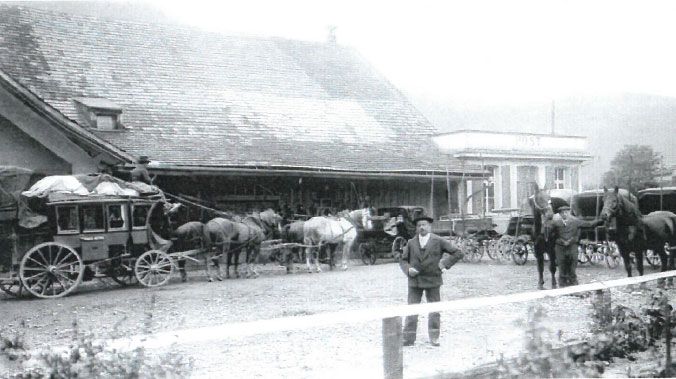 His son Johann Josef was not only the first member of the Joos family to be born in the original house, he also founded the Joos carpentry shop there at the end of 1899. The beginning of his self-employment was preceded by hard years of apprenticeship and travel. Johann Josef (1890 to 1893) completed his apprenticeship with master carpenter Max Schnell in Hattnau. Back then, his parents had to pay an apprenticeship fee for him, and he was certainly not paid for his work. In 1893, he moved to Stadler carpentry in Weissensberg. This meant a two-hour walk in the morning, followed by an eleven-hour working day, then a two-hour walk home – a long 15-hour day.

Several years later, Johann Josef joined the Keckeisen carpentry shop in Wangen/Allgäu. There, he lived in a journeyman’s chamber. On Saturdays, he was allowed to finish work at 6 p.m., one hour earlier than on the other days, because he had a four-hour walk back to Nonnenhorn ahead of him. His mother Theresia then immediately soaked his laundry ready for washing on Sunday. After attending church and lunch, he embarked on his four-hour walk back to Wangen in the afternoon. Because his working week began at 6 a.m. on Mondays and ended on Saturday after more than 80 working hours.

In today’s job culture, such a hard and frugal life would be unimaginable. And yet it is the basis for many of today’s companies and thus of our prosperity today.

In the second half of the 1890s, Johann Josef worked for master carpenter Hotz in Nonnenhorn, which meant he could live with his parents again. To be competitive, Hotz and he carried out major carpentry work together. At the end of 1899, Johann Josef registered his own business – just in time before the master craftsman’s certificate became a legal requirement. He was one of the first in Nonnenhorn to buy a bicycle to make his business more mobile. In 1907, he and his wife Berta took over the entire estate from their parents and built a larger barn in the same year. Berta looked after the cows, pigs and birds, and her husband worked in the carpentry shop. They employed several journeymen and apprentices. And their family grew, too: by 1909, they had three sons, Anton, Karl and Johann.

World War I brought hard times for the family and the business. Grandfather Johann Baptist died on 16 May 1916, and one month later his son Johann Josef was called to Munich to be conscripted. The women and children were now on their own and responsible for the farm and the company. As the war continued, jewellery and coins had to be handed over. What’s more, citizens were repeatedly asked to subscribe to war bonds – without success, however, in the case of the Joos family.

After the end of the war, there was a considerable backlog demand in all areas, which had a positive effect on the carpentry business. One problem, however, was the rampant inflation. A blatant example of its impact: a new gold mark exchange rate was set every day at noon. In the Lamm/Lindau inn, this meant that the price for a meal served before noon was recalculated for everything that was not eaten after noon. It is easy to imagine what this meant for all economic activities, not least for the Joos carpentry shop. Finally, on 1 December 1923, one trillion Reichsmark was devalued to one Rentenmark. 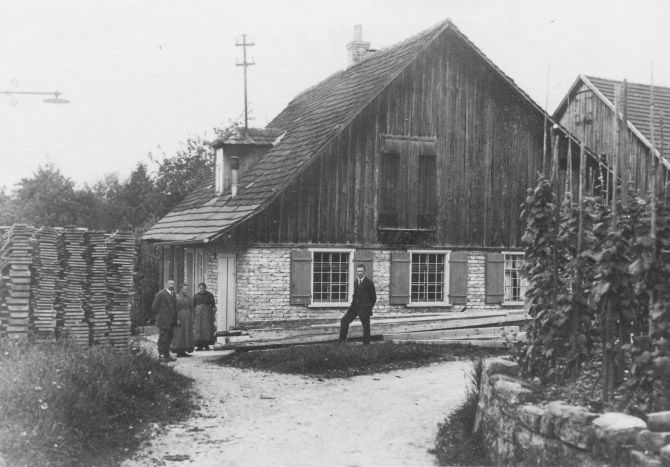 Grandmother Theresia Joos died in 1926. This put an end to half a century of farming by the Joos family in Nonnenhorn.

In 1928, deflation set in in Germany: This caused bankruptcies, rapidly rising interest rates, collapsing banks and high unemployment. This in turn had a massive impact on the carpentry shop. Throughout 1932, they had a single new construction contract that kept them above water. Everything else was repair work.

In those years the two sons of Karl Joos and his wife Maria Joos (née Hener) were born: Oswald in 1930 and Wilfried in 1937.

On 1 January 1935, the brothers Anton and Karl took over the parental business, and the situation improved noticeably.

The Second World War caused new upheavals for the business. Anton and Karl were both drafted, and Karl was severely wounded. Mother Berta died in 1942, and the father a few months after the end of the war. 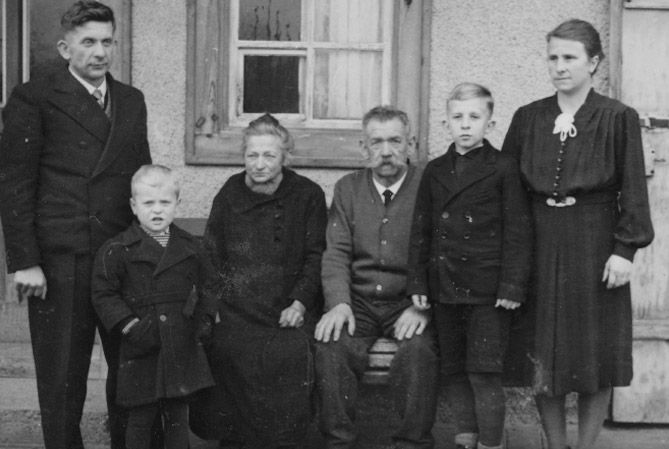 In May 1946, her son Anton was released from French captivity because he was undernourished and terminally ill. He did survive, however, and, together with his brother Karl, resumed work in the carpentry shop.

Karl Joos was not just an important businessman in Nonnenhorn, he also played a central role in politics. In the first free elections on 15 September 1946, after insistence from all sides, he stood for election as mayor. Karl Joos was one of the citizens who had not been involved with the Nazi party. He served as 1st mayor until 1960 and then another six years as 2nd mayor. For two decades, Karl Joos shaped the destiny of his home community.

On 1 January 1969, Karl’s son Wilfried took over the carpentry business, but his father continued to work there for another 20 years. Wilfried Joos had learned the carpentry trade in his parents‘ business. He passed the master craftsman examination in 1960. He then worked as operational manager in the family business. 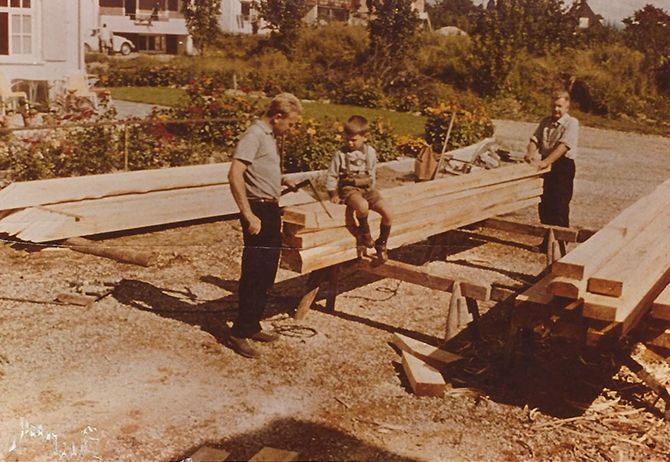 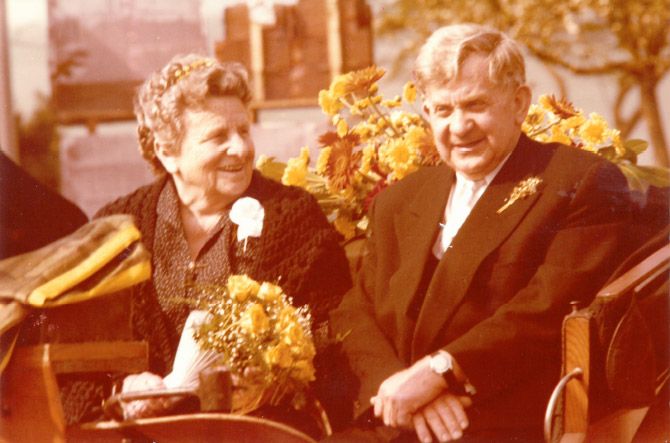 In May 1991, the more than 400-year-old wine press, which was part-owned by the Joos family, was sold to the municipality. The powerful beam press was built in 1591 and its 400 hundredweights once pressed grapes. The wine press was last used to press the grapes in 1955 and has been under preservation order since 1978. The wine press, one of the oldest in the Lake Constance region, can be viewed in Nonnenhorn. 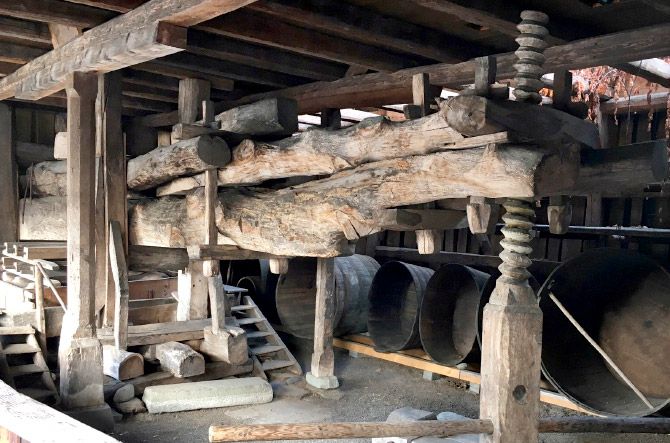 Photo from 2018; Wine press in Nonnenhorn on Lake Constance

Throughout the years, his wife Ferdinanda Joos, née Göser, supported Wilfried Joos. In 1990, she personally bought the plot of land at Bahnhofstrasse 13 in the industrial estate of Nonnenhorn. She built a commercial building with a warehouse there, most of which was used by her husband’s family business. She extended the property in 2009, when she bought the adjacent undeveloped area (Bahnhofstrasse 11). 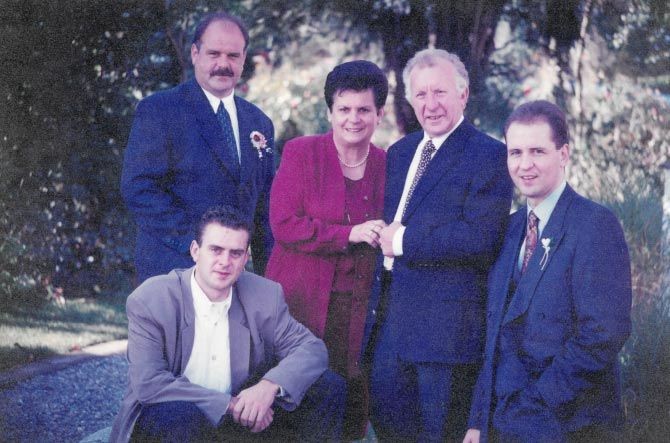 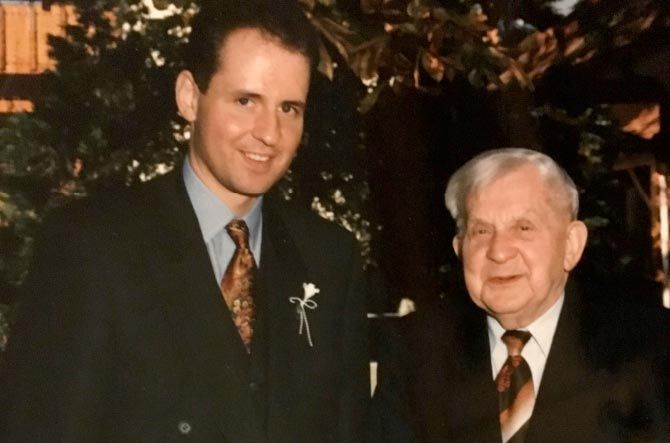 In 1999 already, the eldest son Christoph Joos, master carpenter and master roofer, took over the carpentry business from his father Wilfried Joos and managed it for 18 years.

July 2017 saw the start of a new chapter in the 118-year family history: Prof Dr Klemens Joos, born in Nonnenhorn and raised in the ancestral home, bought the carpentry shop from his brother Christoph Joos and continued the business as the newly founded Joos Holzbau GmbH. The business thus remains in the hands of the family in the fourth generation and is now part of Prof Dr Klemens Joos‘ group of companies. 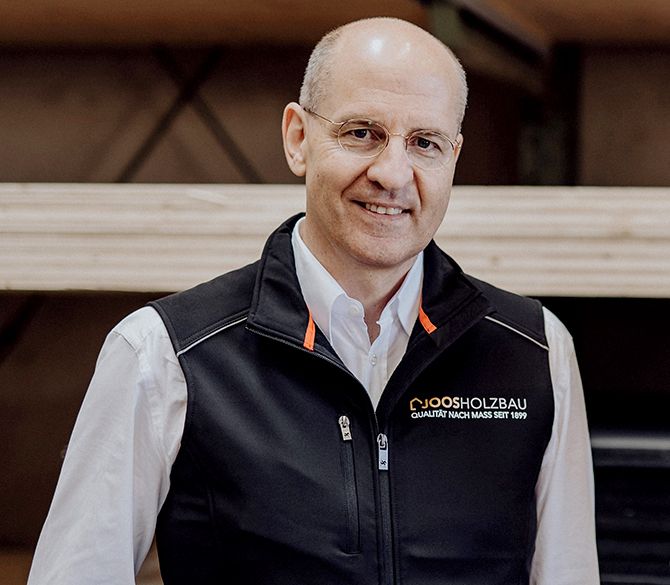 The first step was to relocate the carpentry business to the industrial estate of Nonnenhorn. To this end, the group of companies of Prof Dr Klemens Joos acquired the two family properties at Bahnhofstrasse 11 and 13, which had been bought by mother Ferdinanda Joos and were transferred to the youngest son Wilfried Joos Jr at the beginning of 2016.

After this phase of transition, consolidation and realignment, the focus of Joos Holzbau GmbH’s business activities from 2020 onwards will be on further modernising the carpentry business and opening up new fields of business.

Integrated into an efficient group of companies and led by a modern management, all the conditions are now in place to meet the challenges of the coming years and decades with success and in the tradition of the family business.

The Joos family has set up and maintained the carpentry shop over four generations with a down-to-earth attitude, hard work and a willingness to modernise and weathered the storms of history and personal misfortunes. It showed entrepreneurial courage and a sense of community throughout. The management and staff feel deeply committed to this legacy today and in the future.